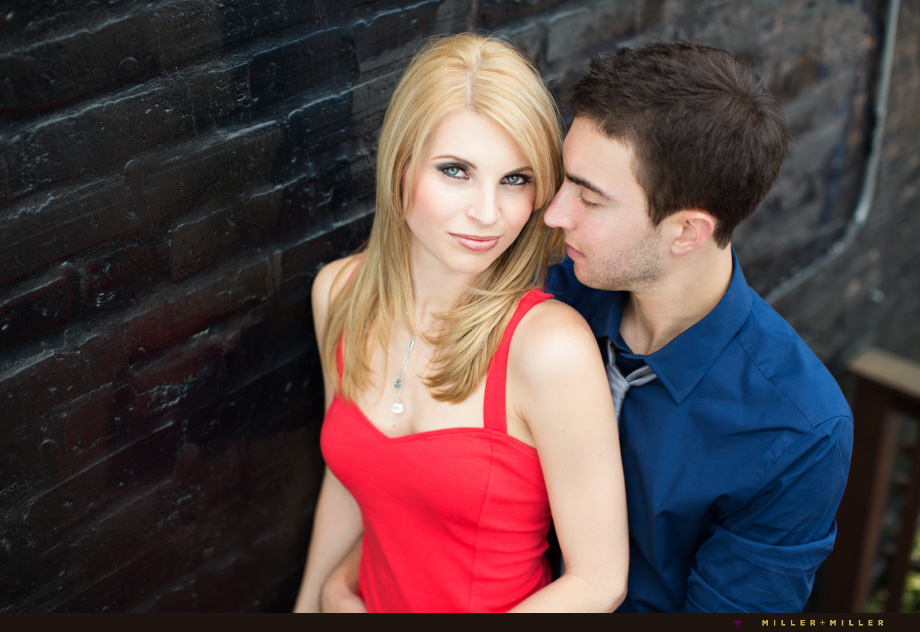 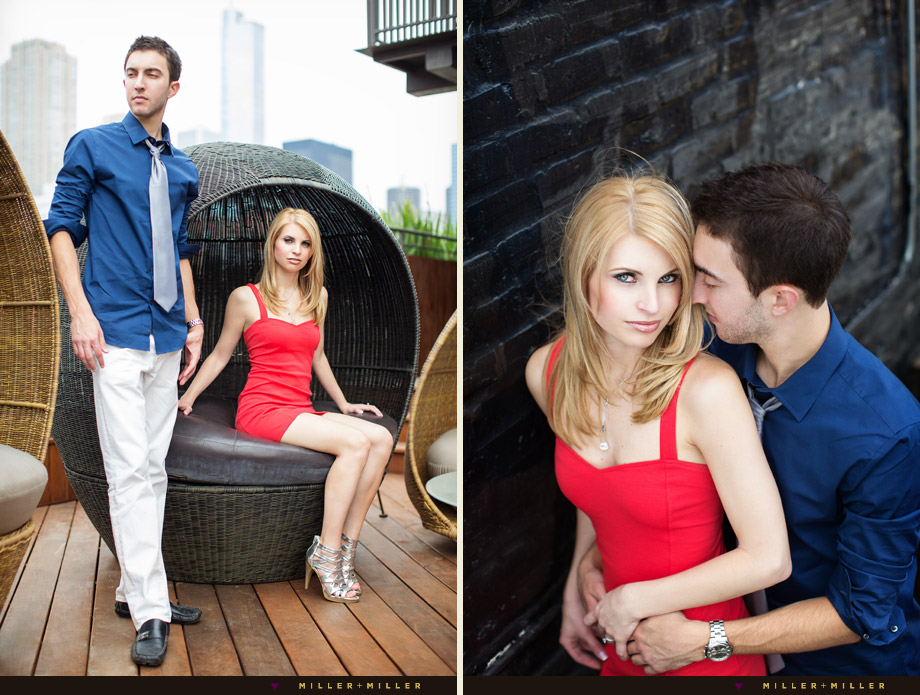 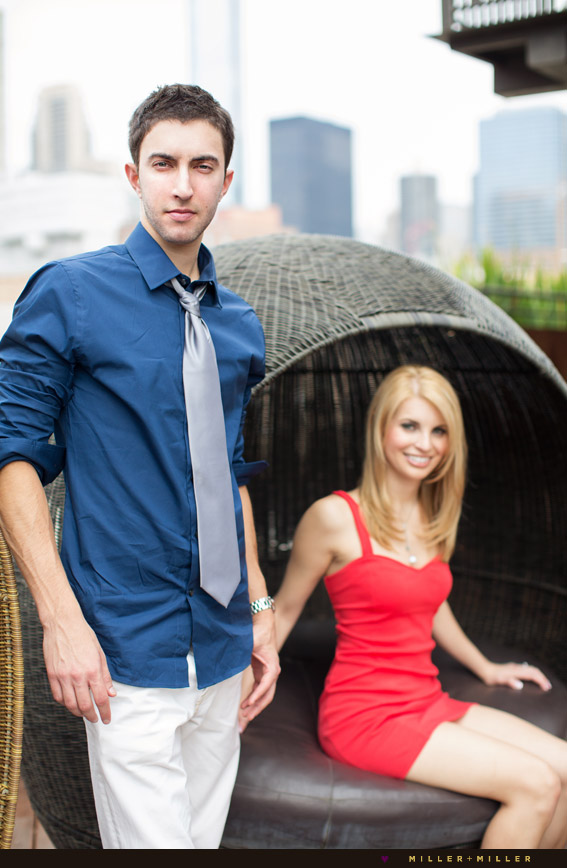 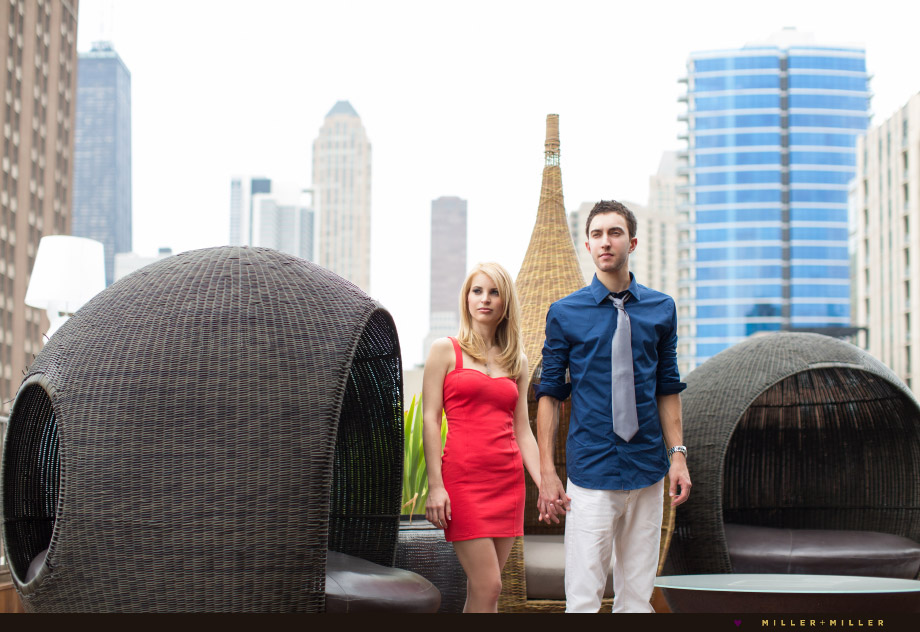 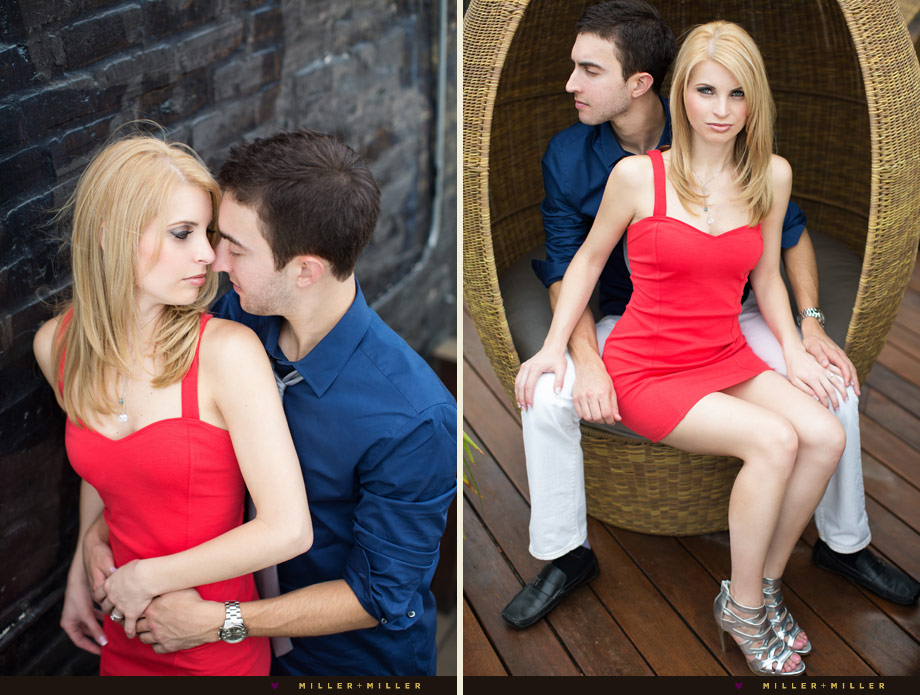 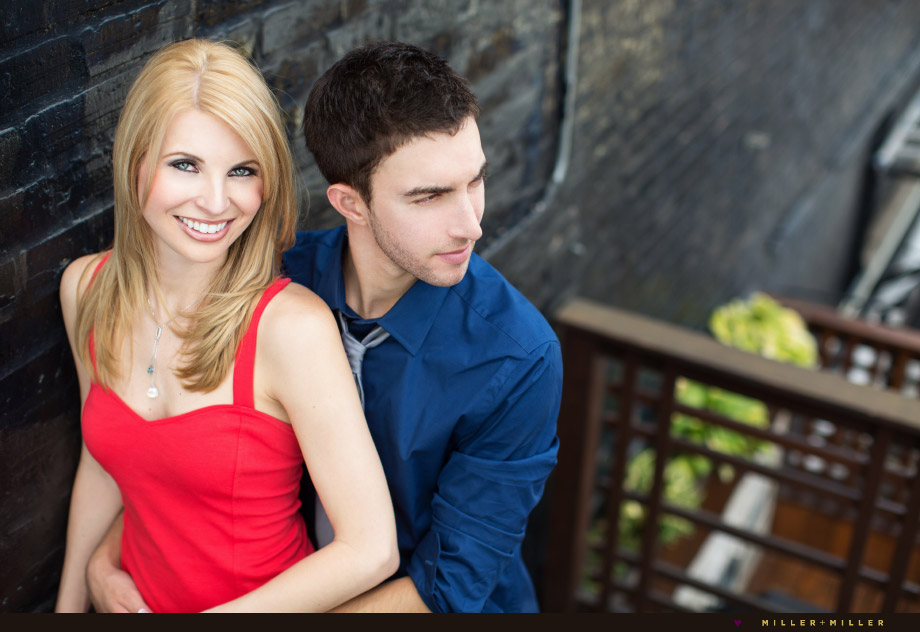 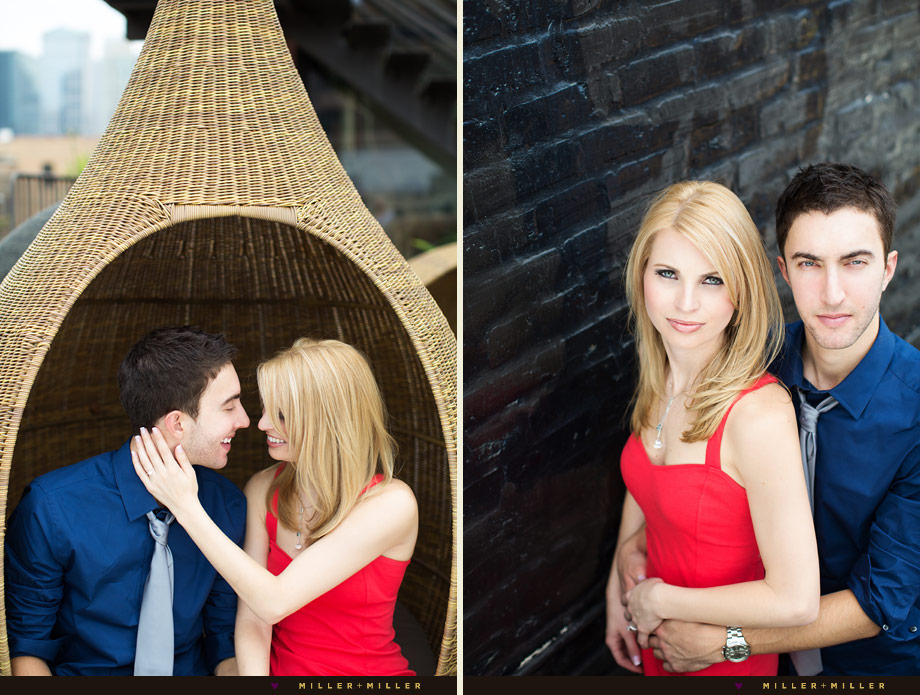 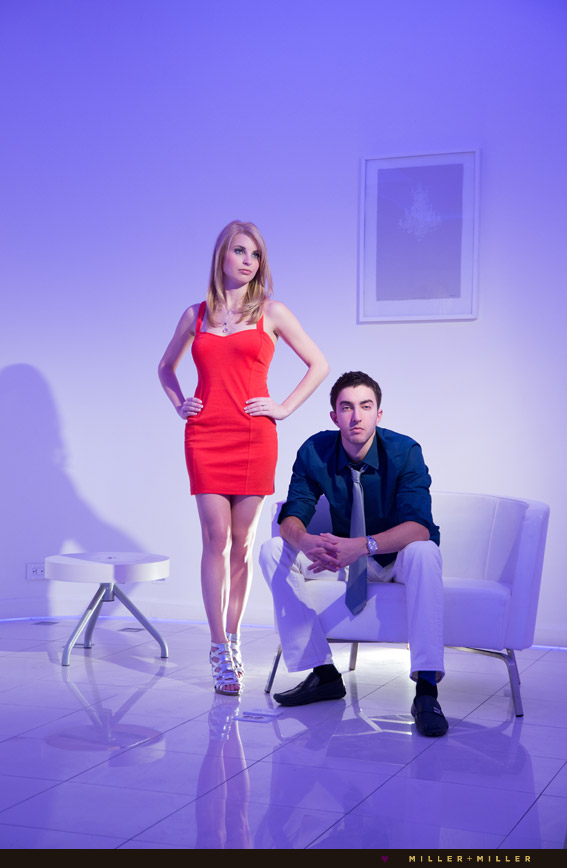 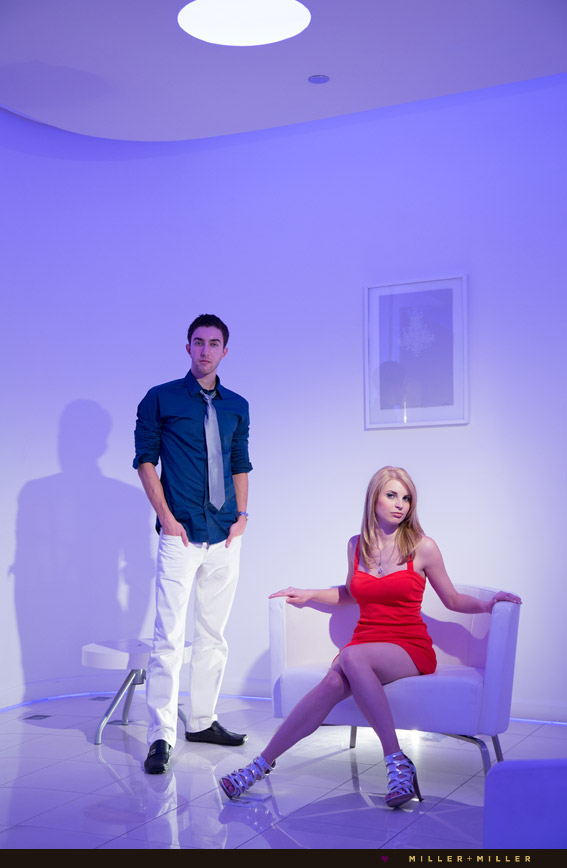 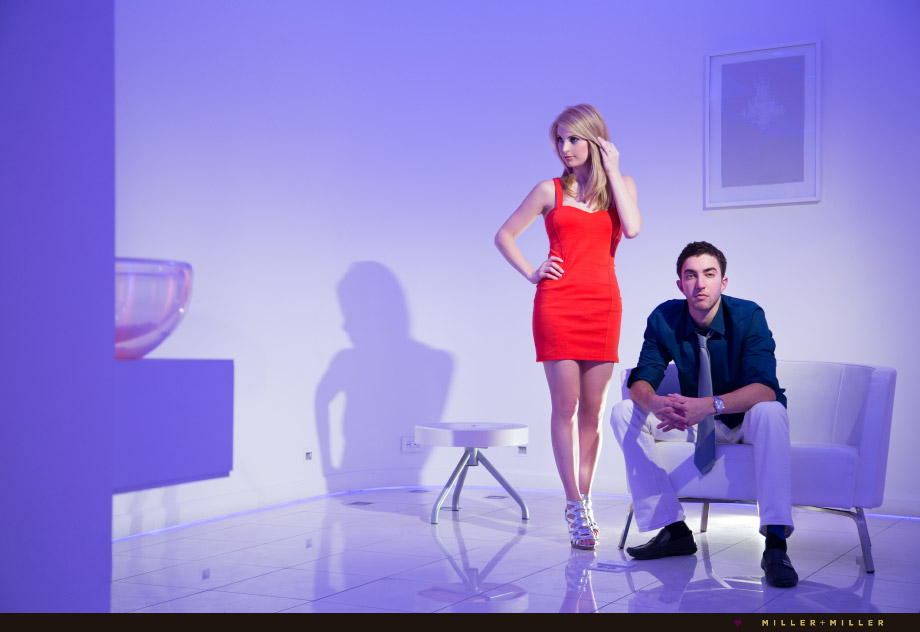 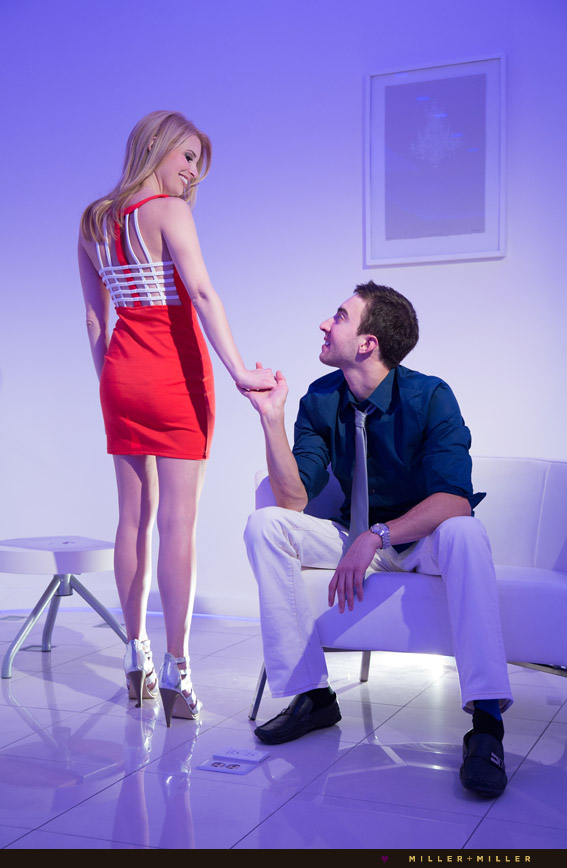 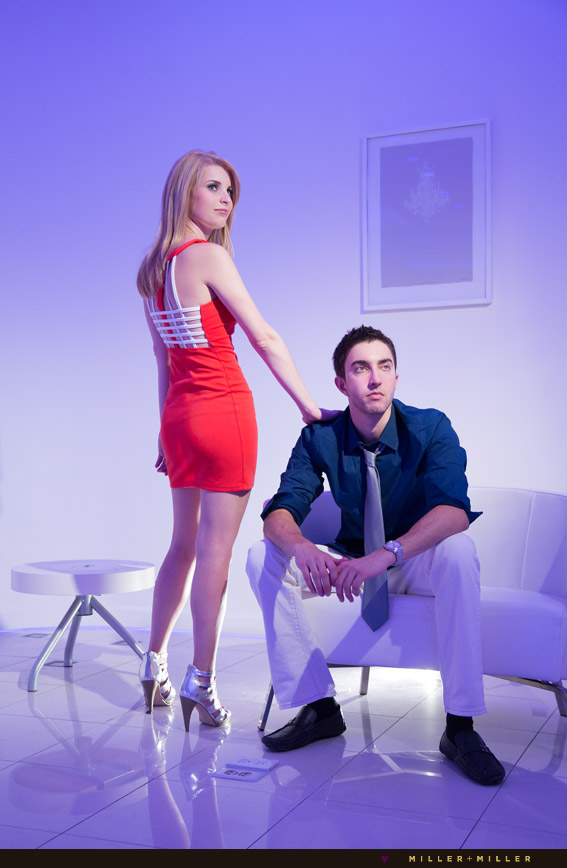 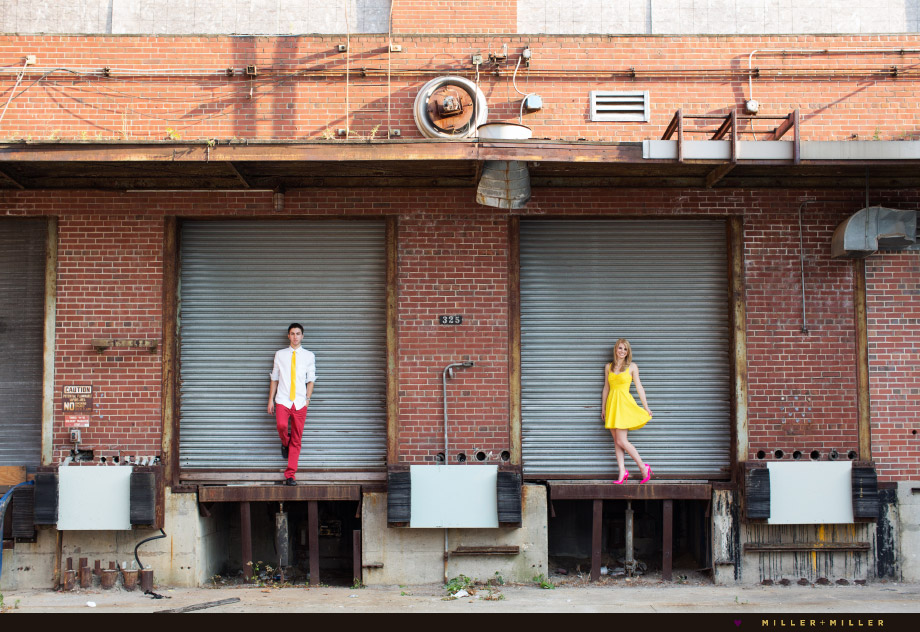 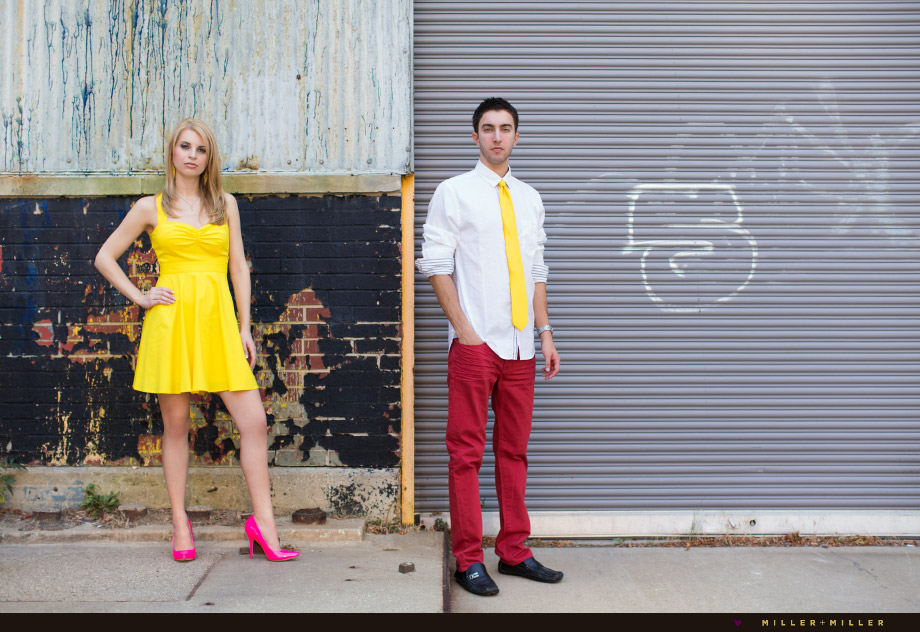 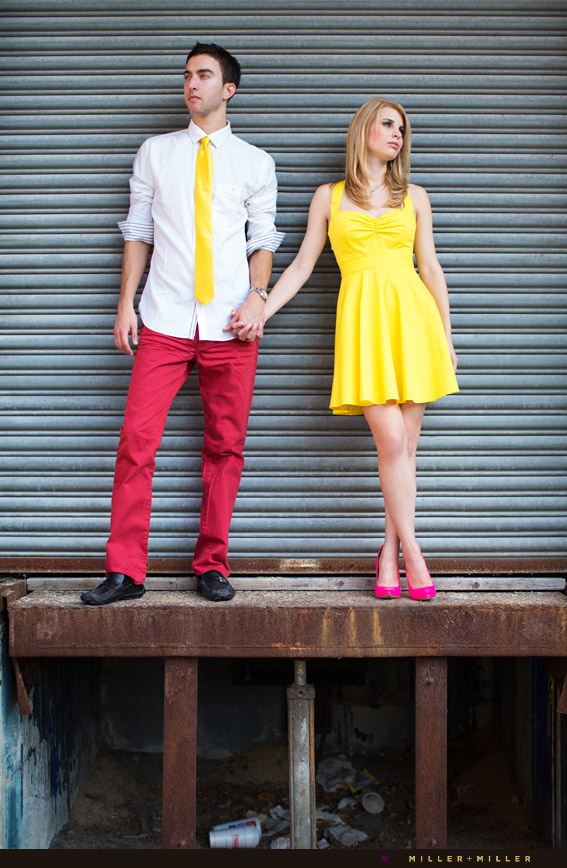 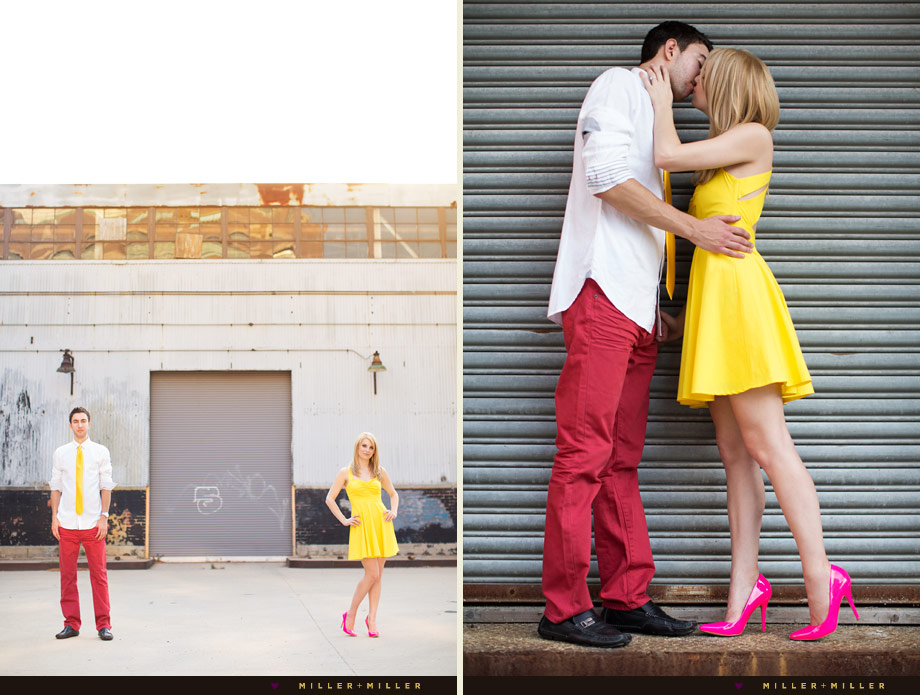 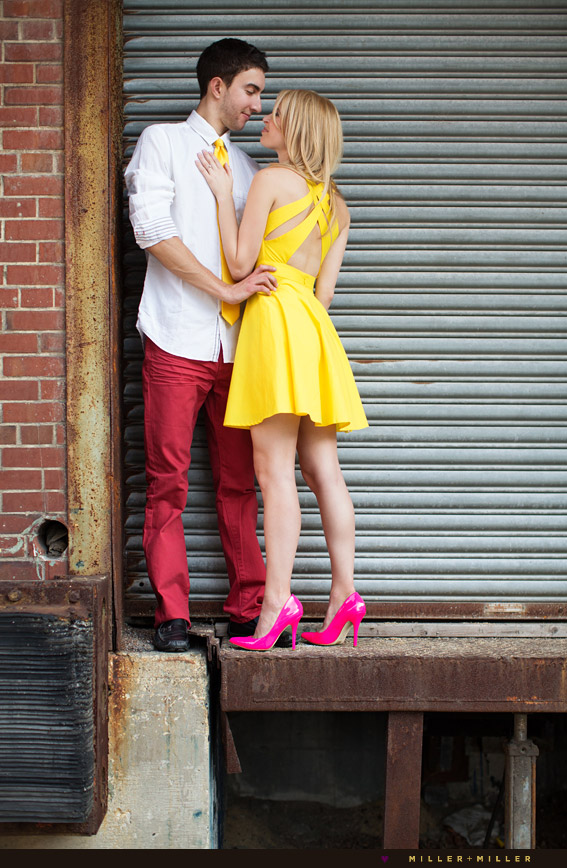 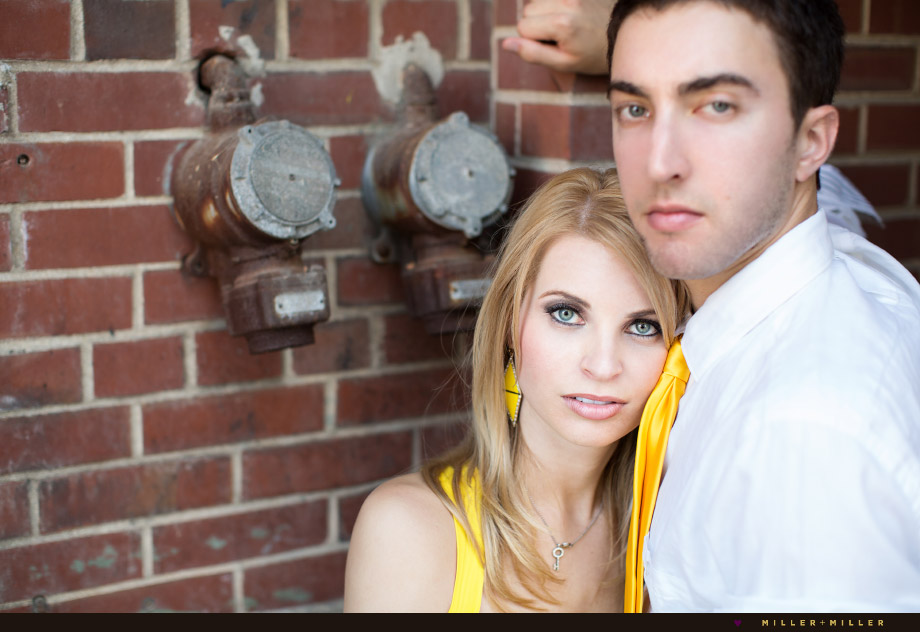 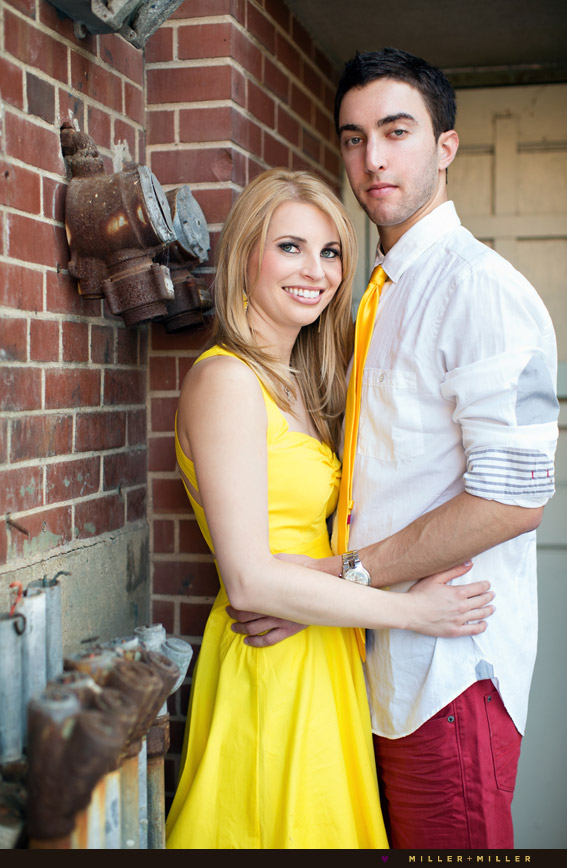 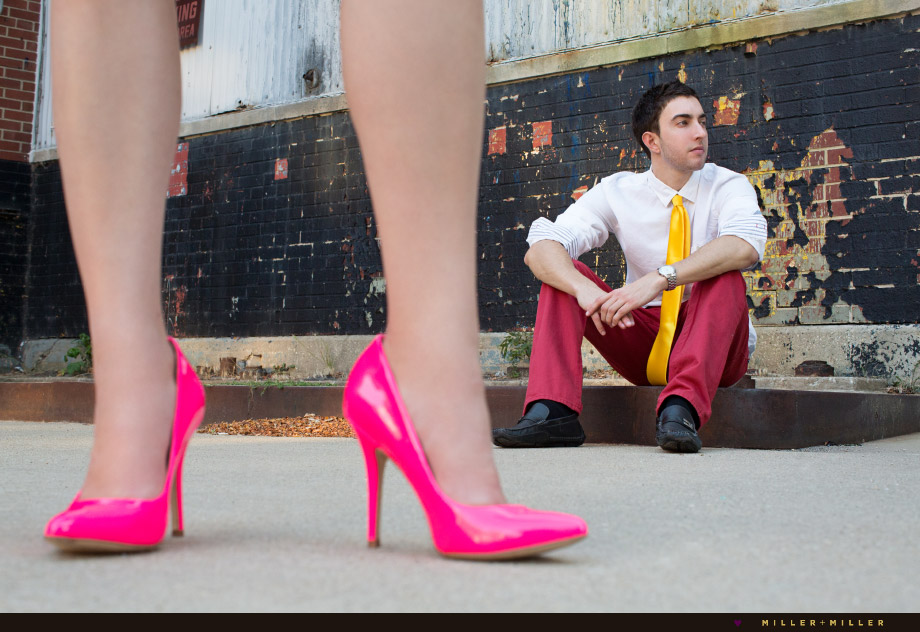 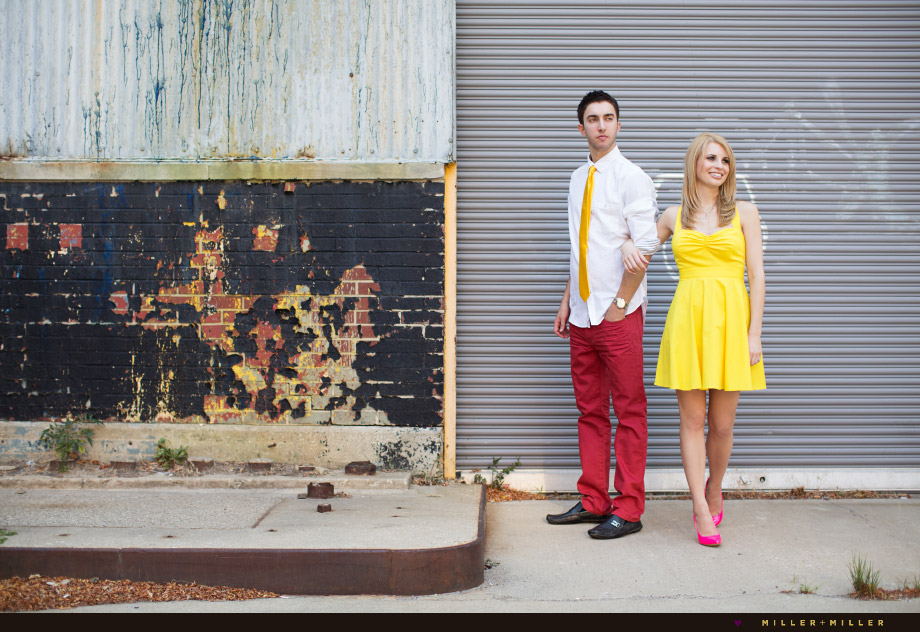 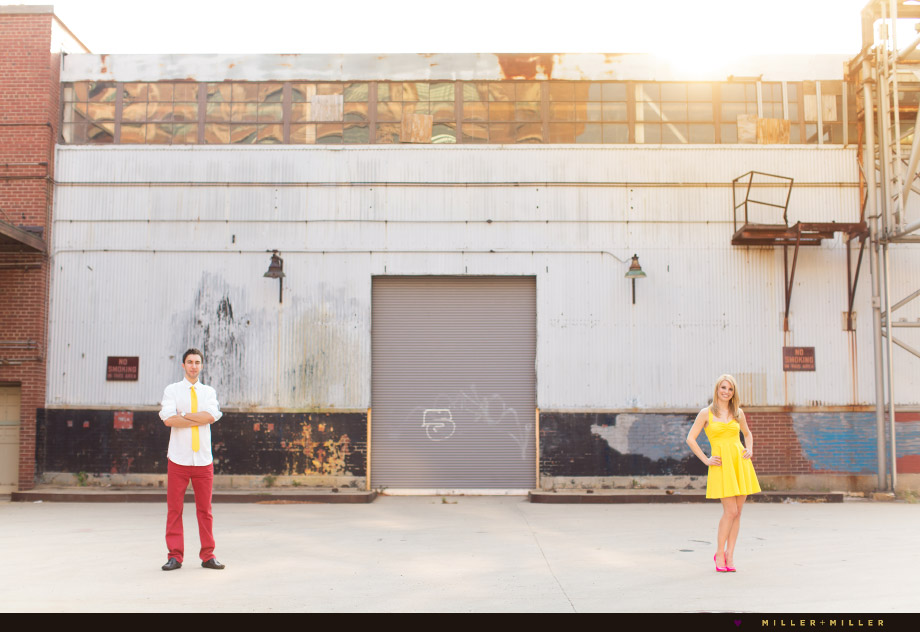 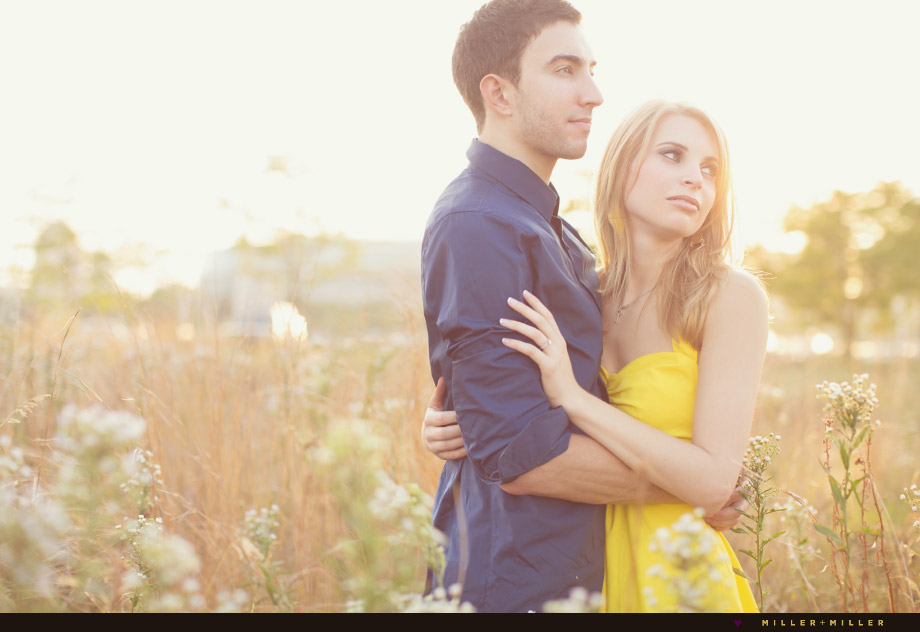 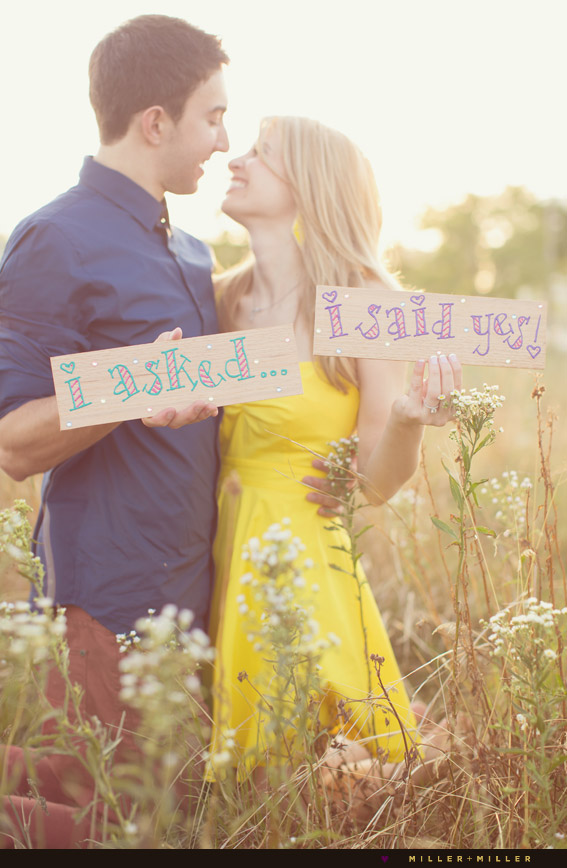 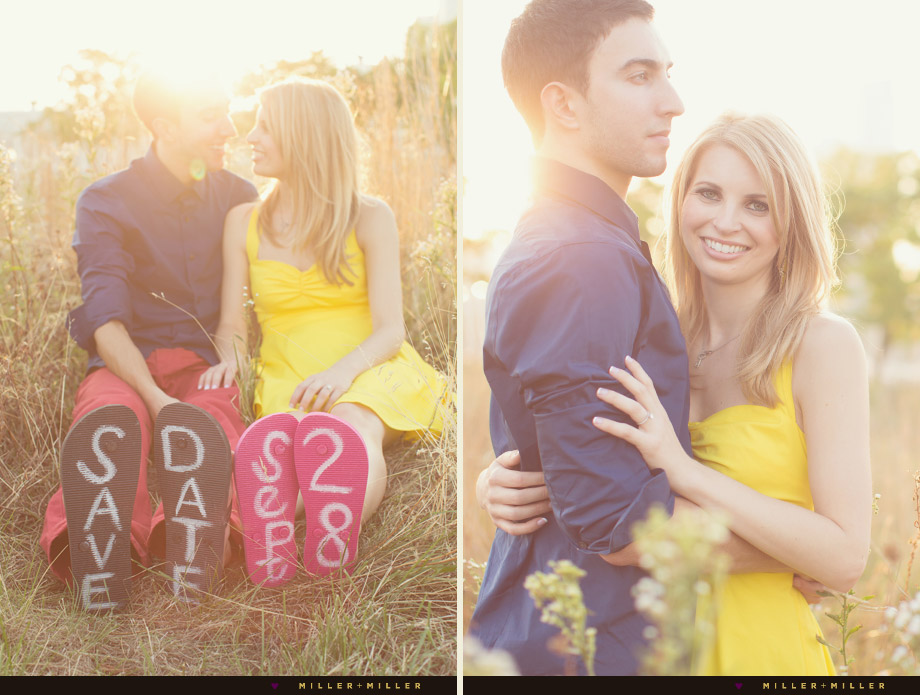 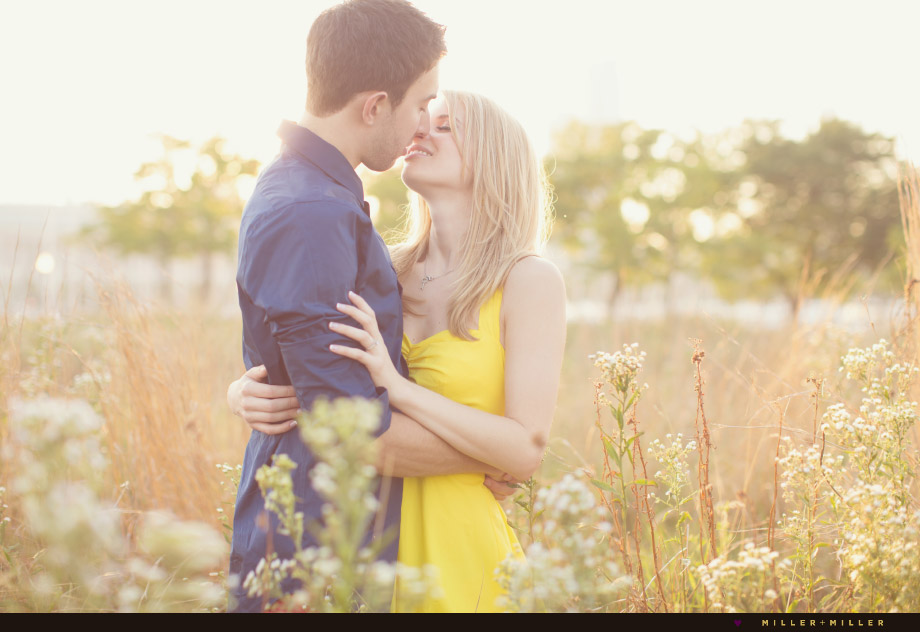 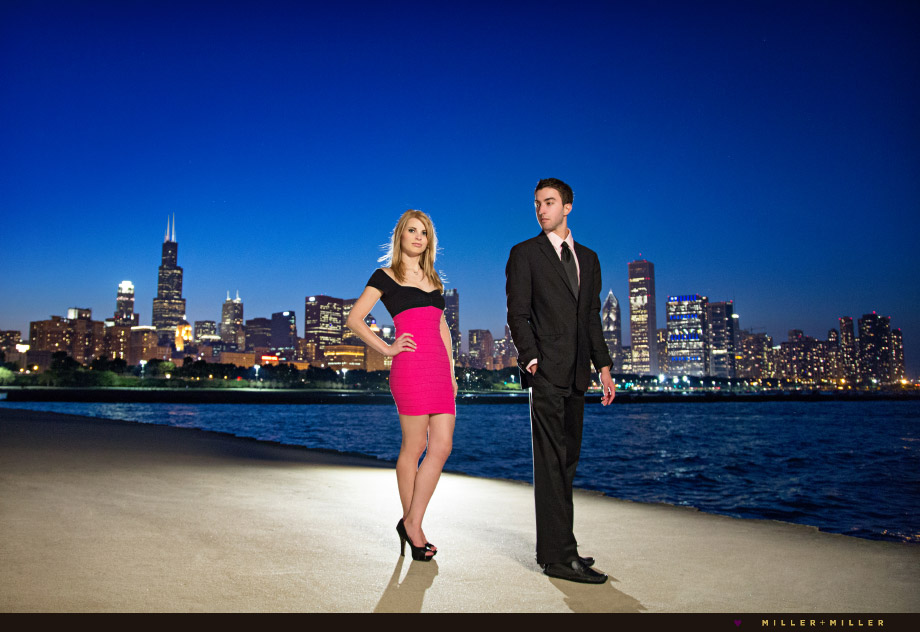 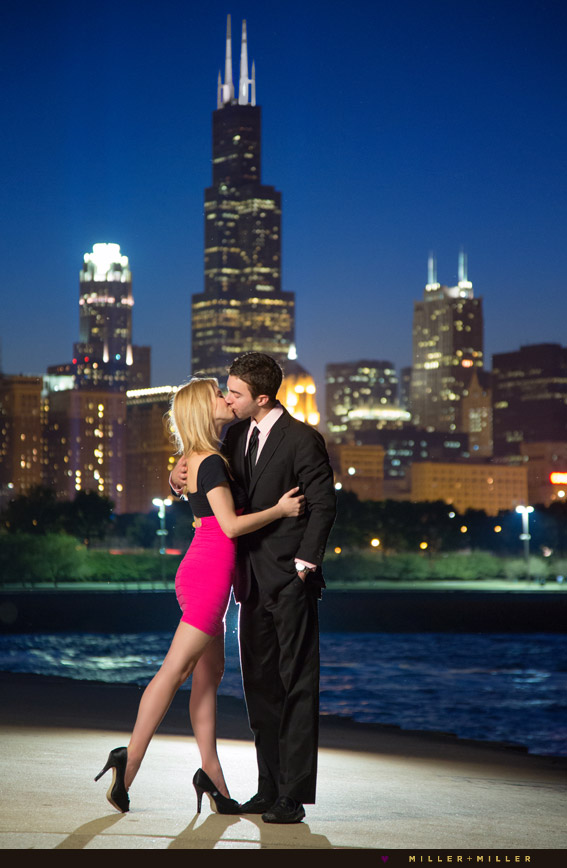 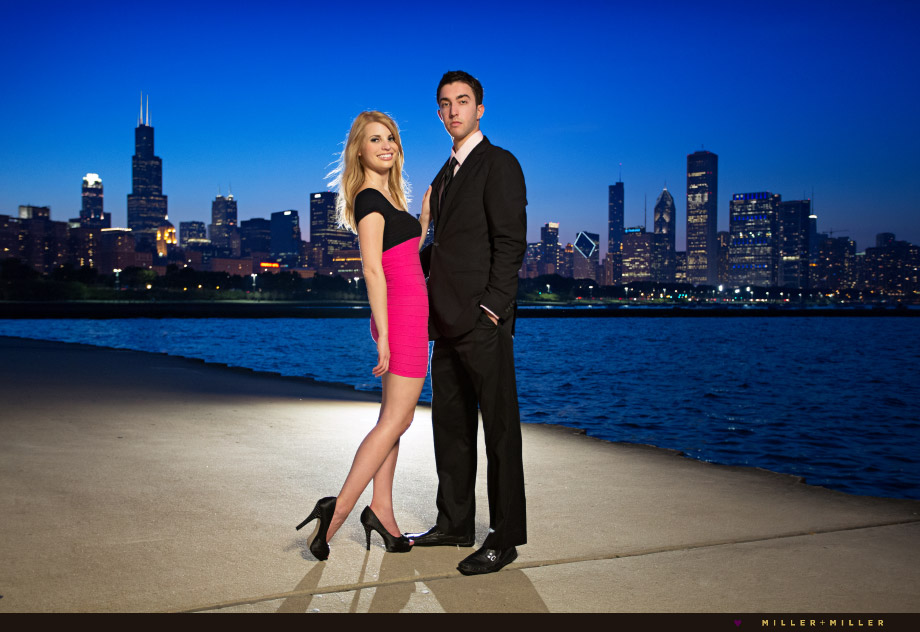 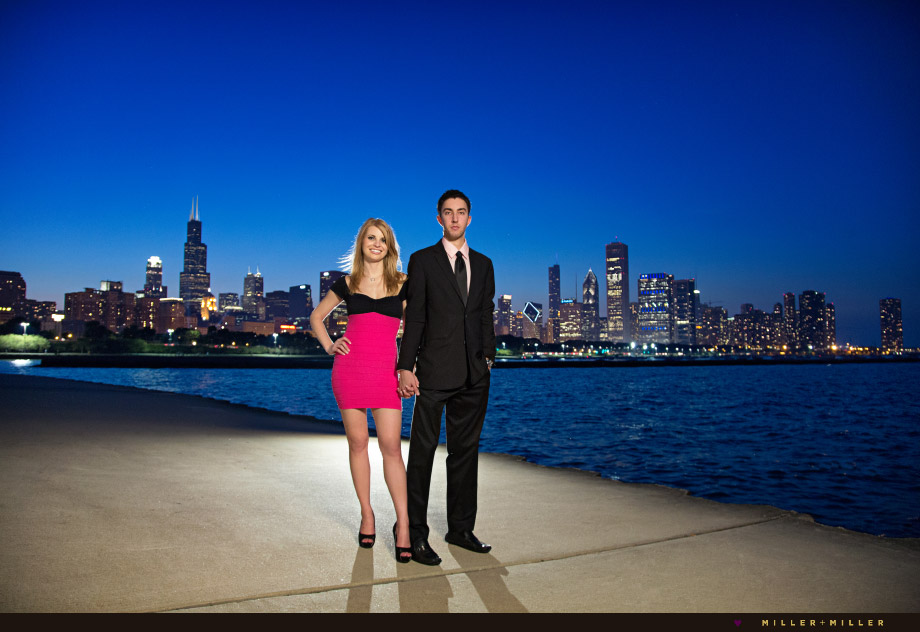 For Kevin + Brittany’s urban Chicago engagement photography session, we combined Brittany’s love of colors, with a few great downtown, urban locations. Currently living in the vivacious and vibrant City of New Orleans, these two planned a trip to Chicago to include a visit with Kevin’s family in the Skokie area and an engagement photo session with us.

With recent memories of our own past vacation sightseeing in New Orleans, we enjoyed during our drive to and from photo locations plus over dinner later, hearing stories from Brittany + Kevin what living in the South is like. We were intrigued by the everyday lifestyle in such a unique and fascinating city. ( During our visit to New Orleans we explored the city’s seeing first hand seeing what they call a city with “a melting pot of culture, food and music!” ) With just a few similarities to Chicago, one distinctive difference are those warmer winter weather temps. We’d trade our several days of January and February chilly weather, for 70 degree temps any day. Kevin + Brittany admitted how much they love living in along the Gulf in Louisiana, spending time in the French Quarter, and the Orleans’s active lifestyle. And in recently news whereas Kevin and Brittany were celebrating passing the State’s board exams ( congrats! to you both ) it’s now official that these two have decided to make New Orleans permanently their home state. Ending up nearly a thousand miles away from Chicago, curiosity had us asking what brought Kevin to the South, and how these two first met. Below Brittany recalls that meeting and falling in love story:

“Kevin and I both attended Emory University for undergrad but we did not actually meet until the beginning of our senior year. Every Tuesday night the Emory students would get together at an area in Atlanta called the Highlands and the Tuesday we met was no exception. Kevin’s good friend (and groomsman), Kerry, was visiting him and they decided to go to Noche, a restaurant in the Highlands. I was also there and while walking through the crowds, I heard a voice ask me about being a member of a Facebook group from a few years ago — a DDR Facebook group, to be specific. I turned around and met Kevin (he apparently was the group’s creator) and after a few minutes we discovered we lived across the hall from each other in the Emory apartments. While I’ll still never let him live it down for that gem of a pick-up line, after that, we became really close friends and we each had our share of senior year dates and romances — except with each other. It wasn’t until right after graduation in May 2008 did Kevin come visit me in my hometown of Coral Springs, Florida, did the sparks really start to fly. I then visited him that August in his hometown of Skokie, Illinois and after that trip we knew we had something special. Unfortunately, as life will often have it, this was realized after all those years we had lived minutes from each other and came at a time when we would be living states apart. We took the plunge anyway, starting out our relationship as long distance and racking up frequent flyer miles along the way. After eight months of long distance, I moved to New Orleans where Kevin was already a student at Tulane Law School and I then started my first year there. Although it could be considered a risky move by me, it really was the best decision I have ever made : ).”

Fast forward a few years ( and a couple bowls of gumbo later ), Kevin planned for a surprise engagement wedding proposal during a trip to the Caribbean. “We decided to go to Puerto Rico during Brittany’s fall break. We stayed in beautiful Old Town in San Juan, and before we set foot on our adventure to El Yunque, the only tropical rainforest in the United States, I had made the decision. This was the day. Upon arrival at the rainforest base, we ascended up a beautiful, winding road for several miles before we reached the El Yunque trail, one of the rainforest’s more difficult pathways to the peak. Despite Brittany’s fear of heights and trails and nature in general, she good spiritedly began the ascent. As older couples and dogs ran past our snails pace, when we were close to the peak I bent down on one knee and asked for her hand in marriage. We took in the stunning sights and began our trek back down, locked hand in hand.”

Soon after sharing with friends and family stories from their trip and details of the proposal, next began the process of browsing for wed planning ideas on the web. Research quickly found a perfect venue for their warm weather loving personalities, not in the South but rather in Chicago. With only a small list of a few locations in Chicago that offer a tropical-like setting, Pazzo’s at 311 we agree was a great choice. Brittany, before attending undergrad school in Atlanta, grew up where palm trees grow, in the sun, and near the beach. So while researching, she instantly fell in love with the one-of-a-kind and grand indoor atrium with palm trees that tower overhead inside Pazzo’s. We can’t wait to see you again Kevin + Brittany later this Summer. Looking forward to capturing smiles, moments and surely more stunning images of them both glowing on their wedding day.

We are always inspired by our couple’s unique and highly personalized fashion choices! Especially colorful fashions in a modern or gritty urban landscape setting. For this shoot, K+B’s brought along some of their own hometown influences straight from N’awlins. Get all the fashion details here: Kevin’s outfits are all from Express. Brittany’s coral dress from Wish a boutique in the French Quarter New Orleans. Silver heels from Shoe Be Do also located in the French Quarter. Yellow cocktail dress from Victoria’s Secret, paired with magenta HOT pink heels from ALDO. Evening black and pink dress from Bebe, paired with black heels by Madden Girl.

Brittany’s hair color, cut and style for this photo shoot completed at Sam Martirano Salon and Spa Glenview, and make-up by Cynde Cosmetics at the Sam Martirano Salon in Glenview. For more info, visit: www.smsalonandspa.com and www.cyndecosmetics.com.